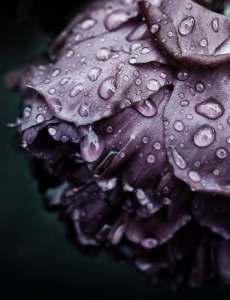 Hello again! We are going to talk about Ryan this time. While Penelope is the main character, Ryan would be classified as a secondary main character. Throughout the series, Ryan plays a very important role in Penelope’s life. It’s through him that her life changes to begin with, and he is instrumental to those changes. So, without further ado, let’s meet Ryan.

Ryan James Meade is the oldest child in a family of five, and stays as down to earth as possible given his current career, thanks to his Dad. He tries to stay very family oriented and not give in to the traps and pitfalls of his fame. When we meet him, he’s recently gotten out of a relationship with his ex girlfriend, and co-star Charlotte Townley. When he meets Penelope, she’s like a breath of fresh air for him. He is instantly attracted to her appearance but after talking to her, he finds he’s enamored with her personality as well. He thinks nothing of their differences in class or the fact that they come from very different worlds, just that she is someone he wants to continue to know.

His life makes it difficult to meet people who want to see the real him, so it’s nice that upon meeting Penelope, and subsequently her friends, that there is a large group of people that genuinely like him. He strikes up an unlikely friendship with Asher Jameson, and despite his initial hesitance due to him being a Vampire, finds that he becomes a good friend rather quickly and someone he wants to keep in his inner circle despite the relationship twists and turns that he and Penelope experience.

Despite knowing a lot of people, he finds he most cherishes his friendships with Rich Cunningham, and Asher most of all. They see him as a person and don’t care what his position in society or his money can do for them. They are more comfortable just hanging out, drinking beer, and playing video games in Rich’s small apartment than going out on the town and for that he is grateful.

Even though he and Penelope have trouble seeing eye to eye and go through a period where they don’t even speak, he never loses touch with some of their mutual friends and when he and Penelope start talking to one another again, it helps to ease the tension.

He becomes a confidant to Penelope and eventually the have the friendship they should have started with instead of jumping into a relationship. So when Penelope hits a low point and needs a friend, he’s glad that their relationship has grown enough for him to be able to keep her secrets and offer a reassuring shoulder to cry on with no expectations attached to it.

Ryan himself continues to grow in fame and as such, holds the people who keep him grounded closer. They help when everything else seems to be too big. He’s a genuinely nice guy and just wants to help people, so he does a lot of charity work in addition to everything else. He’s a good friend and a good brother to his younger two sisters, Lorelei and Ariella.

I hope you guys enjoyed learning a little more about Ryan today. He’s a great character and honestly, there is a lot throughout the series that happens for him. He does get a happy ending, just like almost everyone, but not always in the ways they expect. Ryan is a good friend and values the friendships he has because of what they contribute to enrich his life. For someone that can buy anything they want, it’s nice to have people that could care less if he worked at the grocery store down the street, and are more concerned with his sarcastic wit, and trivia about weird things. He’s ever the English gentleman and most of his friends love that.

Have a great day everyone! Again, if you haven’t already, head over to insta to get the latest on the giveaway! See you guys tomorrow with another Character Profile. Until then, be awesome!